I wonder if it it is possible to add the 'year' to the date of postings, as well as a box to tick that shows one has already read an article?
It is hard to go through long lists of articles (sometimes with unclear headings) trying to spot the ones one needs to read or avoid reading twice.
How I wish I had not thrown away that book on information management!

Here is an idea. Why not set up a structure rather like the subject structure of a university? See how they have arranged things at Harvard Uni for instance:
http://www.fas.harvard.edu/pages/academic-divisions

If people had list of subject area titles similar to these to choose from when they wrote their articles, it could be easier and save time.
Perhaps it is just me who used to having some kind of directory.

This site is a bit like a university anyway, with people coming along and sharing ideas, some more experienced and knowledgeable about some things than others. Some people may be a bit ideologically opposed to the idea of having more than a minimum of structure, but many, like me , are a bit lost with with what seems like no structure at all. Ideally I would set up my own website and call it 'CIAO National University (CNU) and graduates who wrote their own thesis could be awarded a 'Master' or PhD in Incestological Studies.'
Such an idea is not so far-fetched. All people would be welcome to attend such a university, but the university would definitely have a curriculum dedicated to removing incestophobic ideas from society and promoting genuine democracy, freedom and equality.

I'll start the better organization by moving the post to Suggestions/Questions.

I don't know the answers offhand, but I suspect not. Forumotion has some limitations.

As it stands, the icons you see on the left of topics are red if it contains posts that you've not read, and white if you've read them all.
_________________
https://consanguinamory.wordpress.com

Thank you Jane and Unowen for you replies. I thought I had replied early, once to mention that I am slightly red-green colour blind, and so miss out on some colorful info in various sites because of that.
(Stops signs seem to be recognizable though, fortunately.

I would like to ask interested members of the forum who are interested in forming some sort of organization, whether they prefer one particular form or another: a study group, or (like an Institute or University) , a charity organization, HumanRights.Org, an NGO, not-for profit organization, a new religion, a new type of sports team, a political party, a corporation, a town, city or sovereign state?

At the moment KS seems to have more people than the few hundred who used to live in the state of the (short-lived and unrecognized) Republic of Indian Stream. https://en.wikipedia.org/wiki/Republic_of_Indian_Stream (It had an organized elected government and constitution and served about three hundred citizens.)

We have a few less people than the Holy See in Rome, which is a country but it has not applied for full UN membership.

Well, as long as the websites have members it would be a good place to ask people to form a group, which could then possibly start to have some leverage. Of course you know this already. If plans are already underway, that's great. There is no evidence that there was any planning or organization before the Big Bang:-) and we are doing quite well 14 billion years later! (well until the 2008 GFC anyway:-)

But perhaps something less ambitious would more practical. A research institute, or an informal collection of friends, a bit like the Quakers, who meet up regularly on-line to chat and well compare notes, would that also is good.
For young people, there is no need to hurry, but I worry that my 'use-by' date may be coming up sooner than I think, and it is such a pity to be thrown out only partly used, so many bureaucrats made redundant.

Perhaps Professor Bergelson and Peter Singer might be offered an honorary position in such an organization? I wonder who the CCP registered their movement with when they got started? 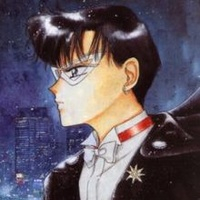 Message reputation : 100% (1 vote)
If you go to Profile->Preferences, in the bottom right you can select a date format.

Thank you Dharmos!  That  worked easily. Who knew there were so many possible time and date formats?   Cheers!