Would you like to adopt Feb 28th as Consanguinamory Day?

Voting aye, or at least saying they're in favor somewhere in this thread:

Hearing five in favor, including Jane and Keith, and none opposed within 24 hours, the ayes have it!

4/28 is, and henceforth shall be, known to all as International Consanguinamory Day!

The Senate and People of Kindred Spirits have spoken!

Shredding Robert's Rules of Order since... I don't want to say how long!

But, hey, we had to get a decision out of this mess somehow!

LOL suppose you're not wrong there ^_^
okay awesome, something for us to look forwards to!

I agree it can be hard to pick a date based on what we currently have. On a different note, if we are looking for placeholders we can draw attention during days such as mothers day/fathers day/ and international siblings day. I think our best date to really celebrate would be when we finally win a big court case. It likely won't be for a while but we will know it when we see it. A case so big it has EVERYONE talking about it. I think that would be the perfect time to adopt a date and spread the word.

An interesting idea. The difficulty is that it could be years until such a case arises, and we’d likely not get solid agreement on that date even then. And it might be April 28th as well.

We have a pretty solid consensus for April 28. Unless someone comes up with a reason to un-convince the supporters that April 28 is good, let’s stick with that.

I think this poll has run its course, so I'm going to unsticky the thread. Expect an Officious Announcement soon! 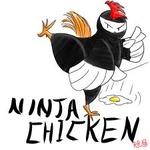 28 april sounds good to me.

interesting... now that i think about it, that is the day that i had a near death experience in 2009. my heart stopped, i was declared dead.
that was when my old worldview was completely shattered.

not a bad day at all.