Message reputation : 100% (2 votes)
Hello, my handle is Hiddenromance.  I'm 66 years old, retired from a career in healthcare (I don't want to say what my profession was exactly.)  I live in the southern USA.  When we were teenagers, my sister and I fell in love and had a relationship that lasted almost five years.  When I was 21 and my sister was 19, we were discovered by our mother, but not caught "in flagrante delicto."  Our parents were divorced, and our mother informed our father, who confronted me angrily, but I denied it.  Our mother shamed my sister, who broke off the relationship with me "officially," but we slipped up several times.  Finally she asked me to leave the city so that we would not be tempted, and I did so.  While I was gone, she married, but her first marriage didn't last.  She married again after a few years and it has continued until present day.  I married twice as well, the first marriage ended in divorce, and I remain married to my second wife, although we are at present separated. (Edit: my wife has passed away since I originally wrote this.)

I think that if our sibling romance relationship had not been so condemned by society, my sister and I might have settled down in a life together.  Several times we discussed moving away to San Francisco to live together (we mistakenly thought that San Francisco would be a more tolerant city where we could live together openly, because of the thriving gay community there.) We are still quite close, although in a conventional brother-sister relationship.  I still have romantic feelings for her, but she told me long ago, "I still love you, but we can't have that (relationship) anymore."  I strongly feel that consanguineous relationships between consenting adults should be decriminalized at the very least, if not completely legalized.  I would be happy if it just was no longer a crime.

I recognize you from reddit. It's nice to see you here.
It's hard to read of endings like that, because a love was torn apart by those who felt they had the right to shame you. No one has that right to impose themselves on another's love life, considering that it is indeed love and no manipulation is involved.

It's just heart-breaking to hear stories like yours. I think interfering in a couple's love is one of the most immoral things anyone can do. Love is a sacred thing, and between only those involved with each other. I'm also sorry that your hopes with San Francisco didn't work out.. as a queer person, that makes me mad. It's stuff like that that makes me disappointed in the queer community.

I would be happy if consanguineous relationships were decriminalized too... so that this kind of love could have a voice of its own. It's good that your sis still loves you, in some way.

Message reputation : 100% (1 vote)
Welcome! I'm sorry outside interference parted your ways. I habe upgraded you and look forward to reading more from you. Please feel free to add to existing discussions and start new ones. Also, feel free to point Reddit folks this way if you think they'd belong here. The fetishists don't, really.

So sorry your relationship ended like it did. Intolerance is one of the things we as a society need to move past.

You don't need to worry, you're among friends here

Welcome to the forums, I'm sorry to hear that you and your sister were forced apart, sadly that happens to people A LOT. This is the harm that prejudice does and it's something we're working to put a stop to, as well as the much needed amendments to these outrageous laws around the world. Ultimately we won't quit working until our relationships are not only legalized, but given full equal rights including marriage rights. Our love is as worthy as any other love and it should be recognized.

A huge part of the problem is lack of education on the subject, something we tackle with our blogs extensively. Most people make assumptions because they just don't understand us, but with enough time and effort that will change.

In any case, it is possible your sister may change her mind at some point. Occasionally these relationships can be rekindled later in life given the right circumstances. If you like you could always introduce your sister to the forum, she might feel better about things if she also got to speak with other consang people, especially if she is carrying any guilt about your past relationship. If nothing else it could reassure her of her normality and let her realize that you two didn't do anything wrong. Guilt is a big one for many people, it's half of the reason my dad is no longer with me.

Thank you for the kind reception. I'm glad to be here, and I'm somewhat surprised (and pleased) at the amount of traffic on this site. Blackroseheart I hope I didn't leave the impression that the gay community in San Francisco was unwelcoming or something. We never actually made it to San Francisco, it was just that we thought that San Francisco would be more tolerant. California's laws about incest are every bit as punitive as those of some Bible Belt state, but it has little to do with the people of San Francisco. I will admit, though, that the (very few) times I have discussed consanguinamory with gay people (gay men, actually) I got a pretty cold reception. None of them thought that there was any correlation whatsoever between marriage equality for gays and de-criminalizing incest. In fact, I usually got more-or-less the same "ick" response from gay people as one would expect from straights.

Sad. It's all about letting consenting adults be together. 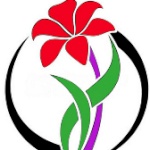 welcome here, and my deepest sympathies for how you both were treated. 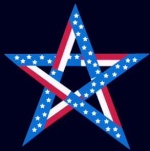 You need to suggest to your sister to join the group. Lots of good couples an interesting adventures.