Message reputation : 100% (1 vote)
I am a female well over the age of 18. This is also ridiculously difficult for me. I was separated from my biological family for a long time and recently started talking to them. I've always had feelings for my older brother, and I just found out he has strong feelings for me. I'm in tears because I'm Christian and it's against my religion, then I started doing research and it's a flipping felony for me to be with him. I've always been an outstanding citizen in my community, and if I got charged with incest it would destroy my life. I want to pursue things because he makes me happy, but I'm terrified that I'll sit in prison for the rest of my life too. It feels like im being forced to choose between my life or my love.

I’m a Christian too, and there are others here. We’ve all have had to come to terms with our feelings for our relatives. We can talk more about that in the members-only sections, or via PM, if you’d like. Remember that the Two Great Commandments are the foundation of Christianity, and that neither of them command that others hate us for who we love. Or vice versa.

Message reputation : 100% (1 vote)
I would love to have another Christian to talk to about this. Please PM me when you have a free moment.

Welcome aboard!
_________________
I blog to support the right of all adults to share love, sex, residence, and marriage: http://marriage-equality.blogspot.com 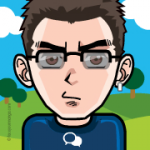 Message reputation : 100% (1 vote)
Alana, I spent many years studying human sexuality and morality from a Christian perspective. As I dug deeply into the study of what the Bible actually says about such things, I was shocked to discover that what the Bible does not say is often more interesting than what it does say. For instance, I counted up the instances of consanguinamory that were either expressed or implied, and came with a number in the mid twenties. I was surprised to realize that many of these stories are narrated in simple matter-of-fact language, which does not have an inherent judgemental tone. People insert their own judgment when reading the passage, but it is not actually present in the original text. Religious people have often misappropriated Bible statements to inflict their own judgemental attitudes on those around them.

There's instances of implied cosang in the Bible! I like to think of myself as well versed in the Bible but I never knew that.

Wow, thank you so much for this. I will be sure to share it with my brother when we get to that part in the Bible study.

I'm probably confusing the list of consang with the list of multiple partners now that I think about it. But there are still a fair number. There is the story of Adam and Eve's children, Noah's children, Abraham and his half-sister Sarah, Abraham's brother, Nahor, married his niece, Isaac and Rebecca were cousins, Esau married his cousin, Jacob married two of his cousins, and so on. Wikipedia has a pretty good list if you search for incest in the Bible. Read carefully, though, the account of Lot's daughters in Genesis 19. Even as a child hearing the story read from the King James, I wondered why there was no tone of judgement. Also, in 2 Samuel 13, the story of Amnon's rape of Tamar, she makes it clear that a the King would likely not object to a marriage between them, despite being half brother and sister, the rape was the only real issue.

Ayana wrote:Wow, thank you so much for this. I will be sure to share it with my brother when we get to that part in the Bible study.

Feel free to bring it up there whenever you feel the time is right. So far, it’s less of a formal study than a freewheeling small group.

He decided to stop things.
I can't think.
I can't function.
I'm shattered.

How will I ever go on?

I'll pray for you, Ayana.

Message me or the KS group on Wire if you need to talk.

It may only be for a moment remember he must also be battling himself about the whole thing. Me and my sister come from a Christian family...our father is a pastor so believe me when I say it may not be the end. Just keep hope but also know that it may take time for anything to happen

Related to this problem, perhaps was a letter in the SMH today in which somebody said..."If you sign up for being a card-carrying Anglican, you should accept the complete package, including its antediluvian views regarding marriage. It is like wanting to play soccer but disagreeing with the off-side rule."

Some people, not all, (fortunately) are virtually forced into a religion by their own parents, some of whom even go to the extent of having their children's genitals marked (mutilated) by circumcision, as an additional way, ( besides early childhood indoctrination and brainwashing).. of terrorizing their child into conforming to outdated modes of thinking.

But if, one has not been brainwashed as a child by parents, schools or society, and as an adult with one's own free will and a sound education in all the arts and sciences one chooses to join a particular religion...it seems very odd that one would intentionally choose to stay in the religion that is so unforgiving of people who are incestuously inclined through no fault of their own.. and preaches 'love thy neighbor' but not if they commit incest.

But is it so unusual for Christians to break the rules now and again? There are so many sins to commit, and we are all only human. It is interesting that this particular 'sin' has been made out to be 'such a big one,' when we all know it was not even among the 10 Commandments. People are free to change religions or abandon a religion at any time. There is no law against that. If one is tied to a religion despite evidence that it is out of touch, accepts no change and is not in line with one's true thoughts and feelings, it might be time to analyze why one joined that particular religion in the first place and consider looking for a better one. But sometimes our ego prevents us from admitting that we could have made a mistake, and that is painful. It just seems to be part of life that we make mistakes and we need to be kind to ourselves and forgive ourselves, as we forgive others for their mistakes. I am sorry for being so long-winded. Best wishes to you.

Go back to Martin Luther. The P in TULIP (an acronym for the five points of Calvinism) is “private interpretation.” We interpret Scripture for ourselves, and may rely on good human authority to help us, but there is not (in any Protestant denomination) any human authority who has the right to interpret it for us.

Personally, I interpret the Old Testament ban on consanguinamory (and homosexuality) as cultural in Jewish society in the First Century AD, and that transgressions against that Old Testament law are covered by Jesus’ blood. In other words, the same as eating pork chops or doing the wrong things with mildew. Others, particularly in the gay Christian community, have made similar interpretations.

Probably this discussion is better continued in the Bible study thread than here. Enough messing up Ayana’s intro.

Message reputation : 100% (1 vote)
Feel free to mess up my intro with Bible study! It may help someone who is too afraid to join. Give them some comfort in the meantime.

I suggest more reading as a way to keep very busy. Perhaps start with the early works of Freud and work your way through.

In Obsessive Actions and Religious Practices (1907), his earliest writing about religion, Freud suggests that religion and neurosis are similar products of the human mind: neurosis, with its compulsive behavior, is "an individual religiosity", and religion, with its repetitive rituals, is a "universal obsessional neurosis."[4]

To me, it seems that society, 'civilization' and religion (especially ones that try to regulate one's sexuality) make people neurotic. Freud's term 'Oedipus complex' could possibly better have been called the 'Abraham Complex.

Anything can be addictive, even religion. Marx said that 'religion is the opium of the people.'
Apparently, the only people Jesus threw out of the Temple were the money lenders.

Other than reading, the only other remedies for psychic pain I can think of are music and traveling. There are no laws against going traveling with your loved one or playing music with them. You can still enjoy each other's company. Sex with the same person over and over can get rather monotonous, but with travel, there are always more places to visit and new people to meet:-)

Hi UN. oops. Perhaps I was a little confused there. Anyway, I was thinking that, though a family member might not be willing to be in 'that kind' of relationship, they might still be willing to be a travel partner for a short while. This may not be as satisfying as requited love, but there is some distraction in being overseas and seeing the world from new perspectives. Going alone might be better as there is a greater chance to meet and make friends with others. On the other hand, being requited, marriage and children doesn't always work out that well either. One has to roll with the punches. Life can be a ... some times! Best.

OK, gotcha, Abe. Probably not a good idea for Ayana to travel with her bro right now, since they both have some things to work through.