Message reputation : 100% (2 votes)
Guys, I had a PM from a forum user today explaining that taperroom29 had been sending inappropriate PMs which included stuff about children. As you know I have a zero tolerance policy regarding pedophilia, and so I have banned him. I would never have known about this had this forum user not come forward and told me, and because admins cannot see PMs sent to other users we really do rely on people speaking up if something untoward is happening. So I'd like to thank her for telling me.

Let this also serve as a warning to other perverts: Your kind are not welcome at KS.

Pedophiles are like cockroaches. No matter how often you spray, or how clean you keep your house, it seems impossible to keep them out completely.

OtherHans wrote:Pedophiles are like cockroaches.  No matter how often you spray, or how clean you keep your house, it seems impossible to keep them out completely.

I’m not sure Jane made this as an explicit request, but I’ll state it out loud:

If anyone contacts you on KS regarding sex with children or minors, please report it to an admin or a mod.

If you want that sort of thing, take it to the Undernet and don’t even come in here. This forum is for consenting adults.

And thanks to our legitimate members for helping to keep the forum clean. We need and appreciate your help. 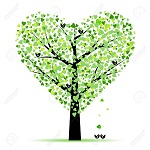 It's not actually true that seeing one cockroach means you've got a lot more. Cockroaches send scouts to new locations. When the scout doesn't return, the rest of the cockroaches will stay away. As long as you kill the scout, you'll remain cockroach free--until the next scout comes along.

...whatever that entails for the analogy.

They come around to every single website, group, or message board that deals with consensual sex between relatives. Usually they are easy to spot based on their behavior, even when they are trying to subtle, but that's little comfort when it isn't possible to get rid of them. They pollute everything with their sickness.

Message reputation : 100% (1 vote)
I’d encourage and pray for such people to please, please seek professional or peer help now before they ruin the life of an innocent child. And their own lives.

I’ve seen the victims come in here with distorted sexuality. It isn’t pretty.

The only thing we can do about pedophiles is ban them on sight, they've historically been a constant scourge on incest sites. While we have a zero tolerance policy it doesn't mean one can't ever get in, this is why it's important that such people are reported to us (like in this instance). UN, the problem is with these people is that they do an incredible amount of mental gymnatics to make their sickness appear okay, they rarely seek help (although they should even if all that can be done for them is drugs to eliminate their libido).

Pedophiles also try to attach themselves to other sexual minorities in the hopes that once that form of sexuality becomes legal, their perversion will be too. Before homosexuality was legalized, they claimed to be 'gay' and formed a disgusting organization called NAMBLA which was basically promoting same sex pedophilia (Think I'm kidding, google it). Now, of course when homosexuality became legal between consenting adults, pedophilia was still, quite rightly, prohibited. Now they pretend to be 'incestuous' and try to gain access to places like this, because they didn't learn that this method of using another minority as a piggyback ride doesn't work. Of course, when consanguinamory becomes legal, pedophilia will still be illegal. If they had any legitimate argument whatsoever, they'd be shouting from the rooftops about it... but they won't because they know damn well nobody will buy their obvious BS and that children cannot consent to sex with adults.

Until they fuck off of their own accord (not likely any time soon), all we can do is be viginant and continue to show in the strongest possible way that they are not welcome.

Now, as to the survivors of child sexual abuse. Much as we want to help these people, none of us here are trained in helping these people, we just can't provide what they need. The very best thing we can do for such people is to redirect them to survivors forums and resources, because those places CAN help. UN is right, some of them can be very sexually confused, and the first thing we need to do is to let them know is that what happened to them isn't okay, and then give them the links.
_________________
https://consanguinamory.wordpress.com

Message reputation : 100% (1 vote)
My preference is handling survivors case-by-case. That's not saying our forums are equipped for that though. Rather, some don't respond well to certain approaches. Like said, they're often very confused, and also very fragile. I've no professional training but do have experience helping people with these problems. Enough to know it's a long arduous journey for anybody involved.
Predators are often victims themselves; they need help too. But again, this isn't what our forums are for. And in my experience they're much harder to change.

As a survivor (fam was not the perpetrator), I appreciate that this forum does not try to be a therapy/sounding board. It's not the appropriate avenue for that type of discussion/healing. No tolerance for predators so the work the mods are doing here is fantastic