Recent events on the 'Ciaotannian planet' show that most inhabitants have not yet become aware of 'the Ciaotannian Empire, and how it has subsumed the 'unter states' into itself. The major 'unterstates' are again using war as a way to distract and control the minds of the people, terrorizing them into suffering the ciaophobic status quo in silence, fearful that the world could end tomorrow if the leaders have to listen to even one tiny complaint.
Ciaotannia did not take over by 'shock and awe' military might, which we all know would have been criminal,genocidal, the sort of action the former 'unter states' did. Ciaotannia, perhaps if you will, the Holy Ciaotannian global Empire has taken over by the pure power of universal love. Our Empress has simply willed it so, out of the pure loving kindness and wisdom of her heart and noble mind.
Yesterday was the third anniversary of the establishment of the HCE, the day on which her imperial majesty Empress Jane Doe was proclaimed monarch of the sovereign Holy Ciaotainian Empire, an empire that will lead the world out of the dark ages of incestophobic intolerance, hatred, fear and bigotry, into a brighter newer world of universal love and acceptance of all people as equals, as per the UN Declaration oh Human Rights.

When looked at through the prism of 'Ciaoological correctness' the present state of proxy war between the sub state 'impires' of US-NATO v Eurasia (Russia-Shanghai Cooperation Organization) is merely the rearranging of a few chairs on the Titannic by a few megalomanic buffoons, squabbling for status (status quo) in the pecking order. Without Ciaotannia having to raise an army or charge a single brass razoo in taxation for any weapons, the unter states are punishing themselves instead of us having to do it to them. It is a shame that the proxy war is being held in a country that was arguably more 'Ciao-friendly' than most.(Ukraine, like Russia does not criminalize Ciao people) but Ciaotannia is not to blame for these unter empires fighting amongst themselves. And it is probably true, that some of our people will be collateral damage, innocent victims of the conflict. Ciaotannia was able to take over without resort to arms, via 'a bloodless coup' without many people even knowing the take over has taken place.Our people are already in all the strategic places, the 'invisible hands' so to speak, quietly guiding and peacefully influencing events. Those lovers of violence, heroes all, are putting themselves in harms way, and simply mutually eliminating themselves. This too seems to be the way of the world. As the former unter states slowly wither away, the realization that Ciaotannia actually rules effortlessly will dawn on them, and they will submit, and pay obeissance and tribute to the Empress.

Ciaotannia Day passed by quietly this year. Perhaps people passed it in humble reflection about the fragility of life, and the threats we all face from the usual suspects.. climate, pollution, disease, war etc. Empires are fragile too, perhaps not as perennial as grass, but they do come and go, much like buses. We should be thankful that there is a Ciaotannia and its Queen is so loving and kind. We must appreciate both, for everything in reality passes away in time. Ciaotannia has definitely got to be one of the nicest empires that ever existed.Not a single shot fired in anger:-)

Hope you all had a happy Ciaotannia Day and Consanguinamory Day! 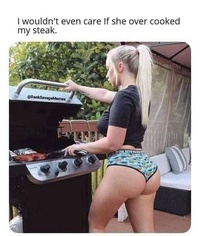 Dear Amandadaddy,
You sound like you are new to KS. Welcome. The article I wrote might make more sense to you if you read some of the other posts about Ciaotannia,(about 30 in all). There may be some terms you are not familiar with in my posts, but you could find most of them in the 'Dictionary of Ciaotannian English. Try using the search button, (next to the FAQ button at top of page) using 'Ciaotannia' and 'Dictionary.' I hope this helps.

Thanks for the offer. As I have been told by others in this group my time is limited so I’ll have to skip your material.

Amandadaddy- this is the humorous and idealistic (in my opinion) of abesarah. Just enjoy her fictional land of Ciaotannia and have fun along with us. Come and go as you please, or have time. But realize there is some fun, humor and very much family here!

Absolutely! I’m all in this group! I love and live for our principles! I would die for our principles. I just wanted a Cliff Note or ten on the subject! We both love y’all and we both live the life of our stated purpose! Love and Always Respect,
D and A

amandadaddy wrote:Absolutely! I’m all in this group! I love and live for our principles! I would die for our principles. I just wanted a Cliff Note or ten on the subject! We both love y’all and we both live the life of our stated purpose! Love and Always Respect,
D and A

I’m sure that Abe would be glad to answer any specific questions at length. But that’s a discussion best taken inside.

Love to be here